Why Am I So Stupid?

And What Can I Do About It?

Does it sometimes feel like you just keep making ‘stupid choices’ and bad decisions?  Do you feel like you’re constantly beating yourself up for being so stupid? You are NOT alone and you CAN change it. Read on…

Most, if not all, people have asked themselves at some point “why am I so stupid?” Or similar. Maybe you keep making the same mistakes and just don’t seem to be able to change you behaviour. Maybe it feels like you can’t get through the day without saying something embarrassing. Maybe there’s a whole load of different reasons you find yourself asking this question, let me help you find the actual answer to the question.

What Does It Mean To Be "So Stupid"?

Before we answer the question, let’s actually look at what the ‘stupid’ really means.

When we talk about being stupid or not what we are normally referring to is intelligence. This is generally measured in IQ (Intelligence Quota). This is the first mistake that people make with this question… Often when we ask “Why am I so stupid?” We are asking the wrong question. If we were really stupid then we would be unlikely to look back and realise the error we made. It actually requires intelligence to reflect back on our actions, question them and come to the conclusion that we could have done something better.

Chances are, you’re reading this because you find yourself feeling stupid but have the intelligence to notice it and question it. Questioning and researching – that sounds pretty smart to me.

To put it another way – whatever made you ask the question “Why am I so stupid?” Was probably nothing to do with being stupid. You’re not stupid.

One ‘guideline’ (because guidelines are better than rules) I have in my clinic for my individual clients is that we replace the word ‘stupid’ with ‘silly’. See, a lot of the things we do are silly. Overreacting, getting in a flap, making nervous errors, repeating old habits and behaviours and generally making ‘silly’ mistakes – These are all silly things that people often feel stupid for, but aren’t anything to do with logic and intelligence.

When we feel a certain way or impulsively act upon a feeling or stimulus it’s often caused by past learning or old beliefs. We generally know how we would prefer to act, especially when looking back on it rationally, we just don’t act that way in the moment.

Judging your logic and intelligence based on your emotional reactions is inaccurate and unfair. It will make you feel far worse than putting it in context and realising that it’s not your intelligence getting in your way. It’s your learned behaviour, habits and beliefs.

In short – you are not stupid.

No one ever beat themselves up into feeling better about themselves. If you’ve been feeling stupid the chances are you’ve been pretty mean to yourself about it to. That’s normal but that doesn’t make it right. Recognising that your errors are guided by emotion and not logic should make it easier to see that it’s not about you not being good enough, it’s partly about you not being good enough TO YOURSELF. If a toddler repeated behaviour that wasn’t acceptable you wouldn’t beat them up the way you beat yourself up, would you? You’d probably be a lot more patient and understanding, knowing that this will help them learn. If a toddler does just get yelled at without fully understanding why it can be detrimental to their development and they are less likely to learn from the situation because they will be too overwhelmed with the emotions to really engage the logical think required to reflect on it. You’re not so different.

Beating yourself up makes it harder to think rationally, making you feel even more stupid but… You are not stupid.

Learning Not To Be So Stupid

If your mistakes were caused by stupidity, then you would learn from them and wouldn’t find yourself repeating them so readily. But there’s good news – You can learn to be less silly too. The first step to take that will make it much easier to learn and grow from your mistakes is to forgive yourself, as above.

Every silly mistake is another opportunity for growth and learning. The “stupid” mistakes I’ve made in the past have become a part of the person I am today and I have learned a LOT more from my mistakes than I have ever learned from things going to plan.

It took self-awareness to decide that this blog was worth reading. You’re already on your way to improving.

Awareness plays a huge part in turning things around too. How can you expect to improve something if you don’t know what could be improved? By being prepared to forgive yourself you make it easier to recognise and notice your emotional reaction before you take action. Being aware of how you are feeling and reflecting on how you were feeling when you made questionable decisions in the past makes it much easier to choose to respond in different ways going forward.

Take the time to reflect (without prejudice) on how you were feeling at the time, what may have caused those feelings, what other times you displayed similar behaviours. The more aware you are of how and why your reacted the way you did in the past, the easier it will be to increase awareness of how you are feeling (and reacting) in any given moment now and in the future.

By now, I’m hoping you are aware that you are not stupid.

Okay, so I think I’ve made it pretty clear that I don’t think you’re stupid. That said, we can all make foolish decisions from time to time. Some more than others. On some occasions we may even do things which are more ‘stupid’ than they are silly. That’s okay too!

Part of being human is being fallible. We all make mistakes and poor choices but no decision can truly be described as a bad decision until after the fact. We are really good at judging our behaviours and decisions by the outcome. It seems like sound reasoning, right? Wrong. The problem here is that after the result we have more information than was available to us at the time. ANYONE who has had the same experiences as you, with the same beliefs etc would make the same choice in that moment as you did. Regardless of how it turned out you did what felt best in the moment. Whether that was based on emotion rather than logic or a lack of understanding of the bigger picture. it’s just part of being human.

In summary, you are not stupid but you may sometimes act as if you are and that’s okay.

Know Someone who could benefit from this blog post? Why not share it with them and help them see that they aren’t so stupid after all? 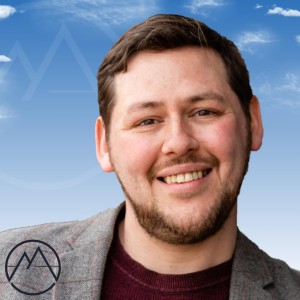 Get a weekly burst of positivity and mindset-boosting activities!

Get more from Mind Affinity here:

Looking for a POSITIVE and SUPPORTIVE community on Facebook? Arrange a chat or
book a consultation to see if
Duncan is the right person
to help you to
EMPOWER YOURSELF
and embrace positive change today. Enjoy the benefits of hypnotic relaxation and professionally designed meditation tracks in the palm of your hand.

Check out my other articles: Do you find yourself experiencing lower mood and struggling with motivation during the darker months? You’re not alone! It could be seasonal affective disorder or just low mood influenced by the weather and shorter days. Either way hypnotherapy can be a powerful intervention as can the other tips that follow… Get a weekly burst of positivity and mindset-boosting activities!

Get more from Mind Affinity here:

Looking for a POSITIVE and SUPPORTIVE community on Facebook?

Arrange a chat or
book a consultation to see if
Duncan is the right person
to help you to
EMPOWER YOURSELF
and embrace positive change today.

Enjoy the benefits of hypnotic relaxation and professionally designed meditation tracks in the palm of your hand.

Check out my other articles: What Can Horror Films Teach Us About Anxiety?

Do you like scary movies? Have you ever considered that they could actually help you manage and reduce anxiety? Like them or not, there’s some great lessons we can learn from how we respond to them. Read on to find out more…